Adult western black-legged ticks (Ixodes pacificus) have eight legs and are flattened in their unfed state. Unfed females are approximately 1/8 of an inch long, with a dark reddish abdomen and black dorsal plate. While feeding on a host, adult females expand in size to over 3/8 of an inch. Male western black-legged ticks are uniformly brownish-black in color and slightly smaller than females. Unlike females, males do not grossly expand in size when feeding.

Unfed tick nymphs are about the size of a poppy seed and have eight legs.

Tick larvae are even smaller than nymphs, have only six legs, and are unlikely to be noticed by the casual observer.

The life cycle of the western black-legged tick takes a minimum of 3 years. Females lay eggs in late winter or early spring in soil or leaf litter. Eggs begin to hatch in mid to late summer. Once hatched, the larvae remain inactive until late winter or early spring, when they begin seeking hosts (birds, small mammals and lizards). Larvae generally do not attach to humans.

Larvae molt into nymphs in mid-summer and remain inactive until late winter or spring, when they begin seeking hosts (usually birds, small mammals and lizards). Nymphs can be found in leaf litter, on mossy rocks, logs and tree trunks, and will attach to humans.

Nymphs molt into adults in late summer and begin seeking hosts in the late fall (usually medium to large-sized mammals). Adult ticks are often encountered in grassy, brushy or wooded areas, especially alongside trails. Adult ticks wait on the tips of vegetation for a potential host, and will attach to humans. They do not fly, jump, or fall out of trees.

After a tick grasps onto a host, it searches for a suitable location to attach to the skin. Once attached, it secretes a cement-like substance that helps it stay firmly in place while it feeds. Generally, the longer the tick stays attached, the higher the risk of disease transmission. An adult tick may remain attached for several days, after which it will drop off the host.

Females can lay up to 1,000 eggs and die after depositing the eggs in soil or leaf litter.

Nymphs and adults are known to attach to humans and have been implicated in the transmission of Lyme disease and anaplasmosis to humans in California. Western black-legged ticks have also been found to carry Borrelia miyamotoi, which is closely related to the bacterium that cause tick-borne relapsing fever.

Nymphs are easily overlooked due to their small size, and have a higher rate of infection with the Lyme disease bacterium than adult ticks in some parts of California. 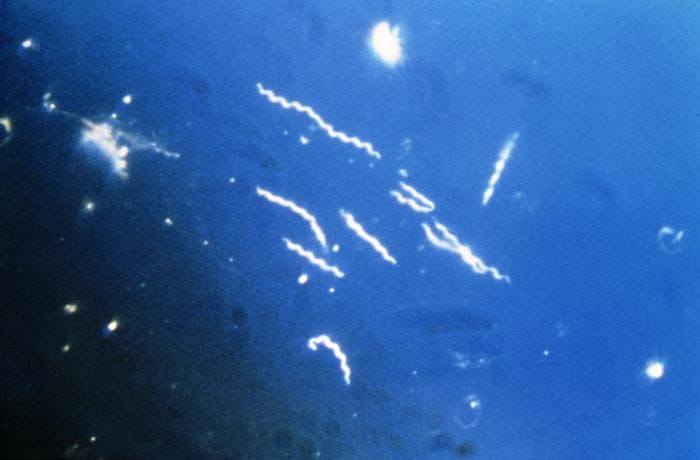